Chaired by Fiji, the 23rd session of the Conference of the Parties to the United Nations Framework Convention on Climate Change (UNFCCC), the COP23, will be held in Bonn from 6 to 17 November. 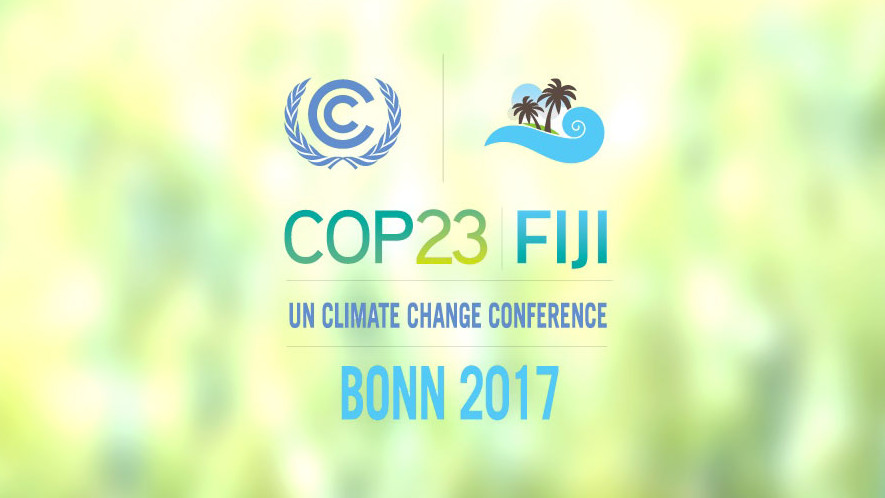 On the invitation of the Convention secretariat, the countries will meet to work on drawing up the rules for implementing the Paris Agreement and discuss increasing the implementation of national climate commitments.

A COP organized under Fijian presidency Organized in Bonn, the COP23 will be chaired by Fiji, the first small island state to chair a COP. On 27 July the Mexican Executive Secretary of the Conference of the Parties to the United Nations Framework Convention on Climate Change (UNFCCC), Patricia Espinosa, underlined in this respect that “the COP23 also raises awareness of the vulnerability of islands and all nations [...] It opens the door to even more collaboration and support – for resilient communities and for the transition to growth powered by clean energy”.

France is committed to promoting and consolidating the implementation of the Paris Agreement Following the adoption and entry into force of the agreement, France remains committed with the countries, local authorities, cities, businesses, NGOs and citizens who wish to make quick progress towards the fulfilment of the Paris Climate Agreement.

The COP23 will be a key moment for the continuation of international mobilization for the climate, particularly for the Global Climate Action Agenda that was launched in Morocco during the COP22.

Numerous stakeholders will meet in Bonn to demonstrate the reality of the action underway and contribute to proving that it is possible to reach the Paris Agreement objectives. A complete sequence dedicated to the initiatives of the Global Climate Action Agenda is planned for the COP23, with themed days on strategic sectors for climate action: renewable energy, agriculture, transport, forests, water management, finance and innovation, as well as awareness raising on gender issues and the impacts of climate change on health.

Main objectives   During the COP23, the main objective will be to draw up the rules for implementing the Paris Agreement and to set out the procedures for the Facilitative Dialogue on increasing the climate ambition of the agreement.

Increasing the ambition of States’ commitments The efforts announced by the countries in their national contributions ahead of the COP21 are not sufficient to reach the objective of the Paris Agreement of limiting global temperature rise to less than 2°C. In order to situate the efforts of all countries with regard to this objective and strengthen our commitments, the Fijian presidency of the COP23 created, following consultations with the Parties, the Talanoa Dialogue, based on a participative dialogue to be held in 2018, calling upon goodwill to contribute to collective well-being. The arrangements for this Dialogue will be finalized during the COP23.